The Cold Case Homicide Task Force is committed to bringing justice to victims, no matter how long ago the crime occurred. The Task Force will continue to follow up on new leads, investigate evidence utilizing all available resources, and never forget the victims and their families regardless how long it takes.

Twenty-seven year old Brynn Rainey was killed in 1977.  Her body was found in a shallow grave by passing horseback riders near Stateline Stables in South Lake Tahoe.  Sixteen year old Carol Andersen was killed in 1979.  Her battered body was found on the side of a road, also in South Lake Tahoe.Their murders went unsolved for 41 and 39 years, respectively, until the El Dorado County Cold Case Task Force employed Parabon Nanolabs to construct a "family tree" from DNA recovered from a blood stain on Brynn Rainey's shirt and DNA recovered from Carol Andersen's body during her autopsy.  Using a public DNA database, Parabon was able to build a family tree around the previously unidentified DNA; leading investigators to three deceased brothers who might be the source of the DNA recovered from the crime scenes.The Task Force collected DNA from the child of one of the brothers, Joseph Holt, as well as DNA from a toothbrush that belonged to Holt.  Further DNA testing confirmed that Joseph Holt's DNA is a match to the DNA found on Brynn Rainey's shirt and Carol Andersen's body.Joseph Holt was born in 1947 and grew up in San Jose, CA.  He graduated from Cupertino High School and University of California-Berkley.  Holt moved to South Lake Tahoe in 1974 and began a career in real estate.  He died in 2014 and was not identified as a suspect until 2018.  Holt's surviving family members had no idea he was a killer and fully cooperated with law enforcement during this investigation.The families of Brynn Rainey and Carol Andersen are grateful to finally know who took their loved ones so many years ago.  They expressed their support for the use of this technology to solve crimes.  Both families ask that the public respect their privacy.The Cold Case Task Force is continuing to investigate whether Joseph Holt is responsible for other unsolved crimes.  If you have any information concerning Joseph Holt, or any information concerning any unsolved crime in El Dorado County, please contact the Cold Case Task Force Tip Line at (530) 621-4590.     KNOWN ONLY AS JANE DOE FOR FOUR DECADES, REBECCA DINKEL IS FINALLY RETURNED TO HER FAMILY

In 1974, thirty-seven-year-old Nancy Webster was at a cafe with her nineteen-year-old daughter, Rebecca Dinkel, in the Garden Valley area of El Dorado County. The mother and daughter left the cafe shortly after Nancy received a threatening phone call from her abusive, live-in boyfriend, Clifton Mahaney. Neither woman was ever seen again. Rebecca left behind two small children; two-year-old Brion and six-month-old Clinton.

Despite no bodies ever being found of the mother or daughter, the El Dorado County Sheriff's Office was able to put together sufficient evidence for the District Attorney's Office to prosecute Clifton Mahaney for the murders. Following a four-week trial and five days of deliberation, on December 8, 1974, the jury found Mahaney guilty of voluntary manslaughter. Mahaney was ultimately sentenced to 10 years in prison on January 10, 1975.

Then, in 1981, a human skull with an apparent gunshot wound was discovered by hikers in the Rock Creek Road area of El Dorado County. While the Sheriff's Office suspected the skull might belong to Nancy or Rebecca; neither woman had any dental records on file and DNA science was in its infancy so no conclusive connection to the victims could be made.

After serving his sentence, Mahaney passed away in 2002. Mahaney never admitted to the murders or identified the location of the bodies, thus robbing Rebecca's sons of any possible resolution to the mystery of their mother's disappearance. Mahaney's death seemed to mark the end of any possible answers surrounding the tragedy.

In 2017, the El Dorado County Cold Case Task Force, working in conjunction with the El Dorado County Sheriff's Coroner's Detectives, graduate students from Chico State University's Forensic Anthropology Department, and criminalists from the California Department of Justice's Richmond Lab, made a breakthrough. The human skull that had once been a dead-end now had the potential to unravel the 43 year old question of what had happened to Nancy and Rebecca.

The Richmond DNA Lab was able to recover a partial DNA sample from one of the molars still attached to the skull. A Cold Case search led detectives back to Nancy and Rebecca. Detectives from the El Dorado County Cold Case Task Force identified Rebecca's biological sons, Clinton and Brion, now grown men, and reached out to them for help. Both Clinton and Brion provided DNA samples that were then tested against the sample recovered from the skull. It matched; revealing that the remains did belong to Rebecca Dinkel.

As is so often the case when victims simply disappear, the greatest agony for the family can be that they never really know what happened to their loved one. For Rebecca's boys, who were never actually told about their mother's disappearance, at least that question has been answered. "Not having a mother left a huge hole in my heart," Brion told District Attorney Chief Investigator, Jeff Dreher. "Knowing you were able to identify my mom and return her to us gave me closure that she wasn't alive somewhere in the world."

Law Enforcement's job does not end with the capture and prosecution of the murderer; rather it continues with the men and women who work tirelessly, sometimes for decades, to provide what peace and resolution they can to the families of victims. As El Dorado County District Attorney Vern Pierson stated, "The family and friends of the victim never forget and neither should we."

In this case, advancements in DNA science and the dogged determination of law enforcement led to closure for Rebecca's sons when the El Dorado County District Attorney's Victim-Witness Unit, along with the El Dorado County Coroner's Section, were finally able to return Rebecca's remains to her family. Clinton extended his gratitude, saying, "I want to thank the investigators and all the people who continued working on my mother's case to bring some closure to me and my brother." And closure, after decades of wondering, is no small thing. 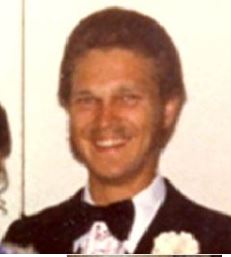 David Robert Hursell was last seen alive on Monday, January 19, 1987 near Greenwood, California. Hursell is presumed dead due to a confession given by Robert Charles Comer in 1999 from his prison cell in Arizona. 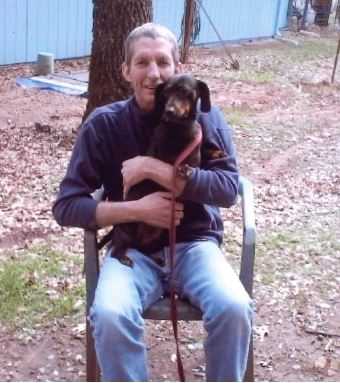 Charles Thompson lived in Fairplay, California for over 40 years. His family owned a large ranch in the area. Charles attended local schools and as an adult stayed local. Charles worked as a logger in the area for many years. He was living with his father on the family ranch in October of 2015. On October 2, 2015, Charles told his father that he was helping a friend move to Modesto. Charles was last seen leaving the family ranch with a white female. They were in what is believed to be this female's late model white SUV. Charles has not been seen or heard from since October 2, 2015. 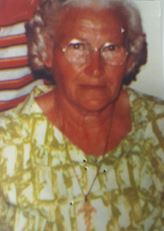 Manpreet Singh was born in India in 1985. He grew up in the town Kinsanewali, India. It was during his schooling in Amloh, India that Manpreet became interested in moving to America. In 2011, Manpreet finally made his American dream come true.

On July 24, 1977, 27 year old Brynn Rainey stopped by a bar near the Nevada casino where she worked, just over the state line from her home in South Lake Tahoe in northern California. She was early for her 2 a.m. graveyard shift. 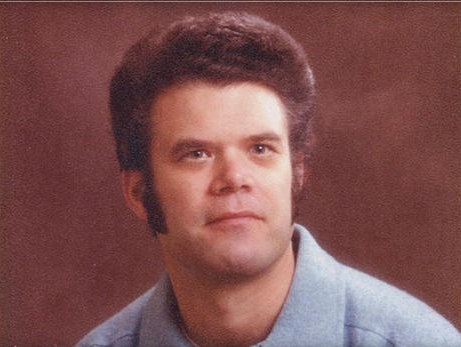 Carol Andersen was going into her junior year at George Whittell High School in Zephyr Cove, Nev., the summer she was killed, near the state's border with northern California. On June 30, 1979, Carol left to go to a party, though their mother had asked her not to go. 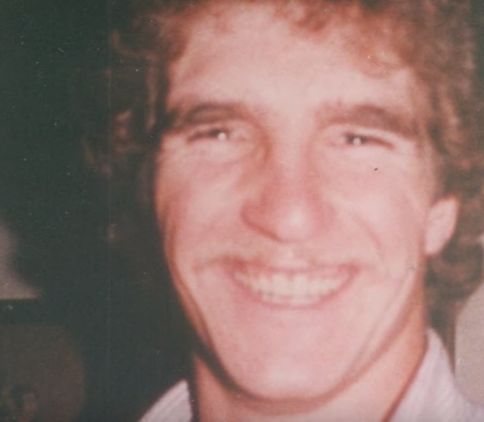 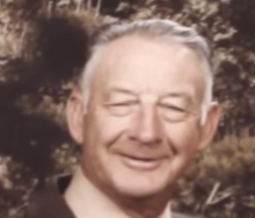 On June 2, 1986, 76 year old Halley Wing, a grandfather and former law enforcement officer, was gunned down in the driveway of his son's ranch in Rescue, California. 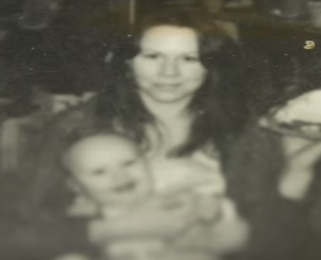 On July 3, 1982, a fisherman discovered a nude female body floating in the water at Slab Creek Reservoir. The female body was wrapped with a heavy tow chain and it appeared the victim had been badly beaten. 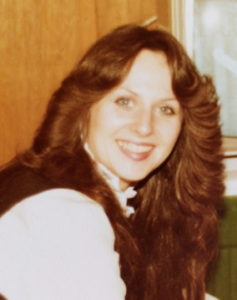 Julie Schossow and Marilyn Putt were close friends and both worked as blackjack dealers at the Harrah's Casino in South Lake Tahoe and were closely associated with Harrah's Casino employees. Both victims were together when they disappeared from their home around midnight of January 12, or early hours of January 13, 1982. 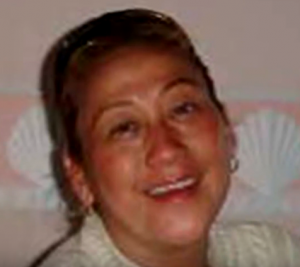 On March 2nd, 2008, Linda's body was located down a ravine near the Skunk Hollow recreation area of Salmon Falls Road, between El Dorado Hills and Cool. She was found by motorcyclists who stopped in the parking lot to take a break from their ride. 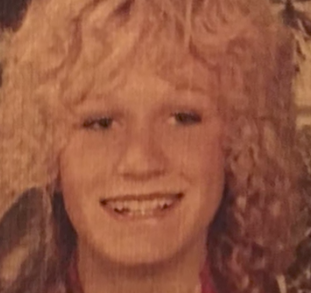 Jenny was last heard from in the early morning hours of May 10, 1981, when she called her mother and told her she was on her way home. Ten hours later the body of Jenny Clair Campbell was found in a remote area off of Salmon Falls Road by two hunters.